We have addressed the problem of salt diapirism. When a salt layer (what remains of an old sea) is buried, it compact less than the surrounding sediments. At a result its density becomes smaller than the rocks above and we have an unstable configuration. As a result salt starts moving upwards and the movement can be so strong to break the rock layer above. Understanding salt dynamics is important to identify the evolution of a sedimentary basin. Salt, furthermore, can affect temperature distribution, being more conductive than the other rock formations.
We have tackled the problem simulation the rocks as very viscous non-Newtonian fluids. A special level set technique has been devised to track the rock layers and the dynamic is governed by the Stokes equations. 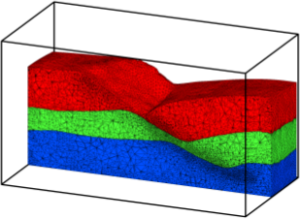 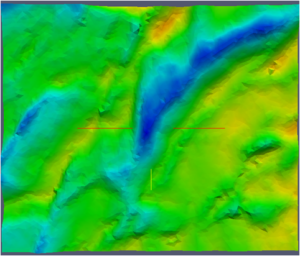