Many types of cell have the ability to migrate orchestrating in a complex way the poli/depolimerization of the actin network and actively generating a pattern of forces in the surrounding environment. Mathematics can be of support to understand such a complex phenomenon in two ways.

Force traction microscopy is the determination of the stress pattern produced by a cell during its migration on the deformable environment on the basis of the observed strain. The direct problem is the modeling of the actin production and degradation in relation with the stress field generated by the myosin in the cytoskeleton and its interplay with the adhesion bindings. 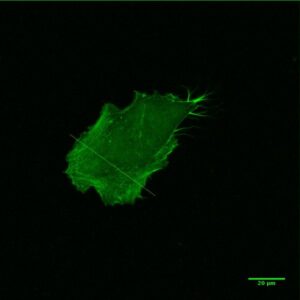 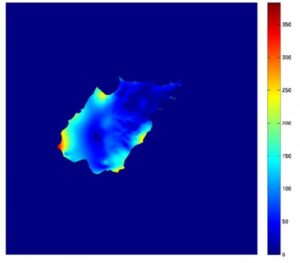 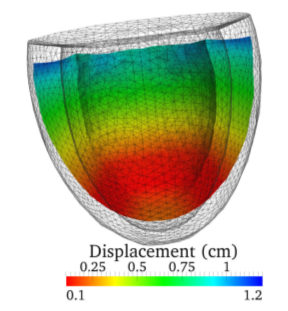 Cardiac deformations are described by the equations of continuum mechanics, where the myocardium is considered as orthotropic, hyperelastic, and incompressible with passive properties defined […] 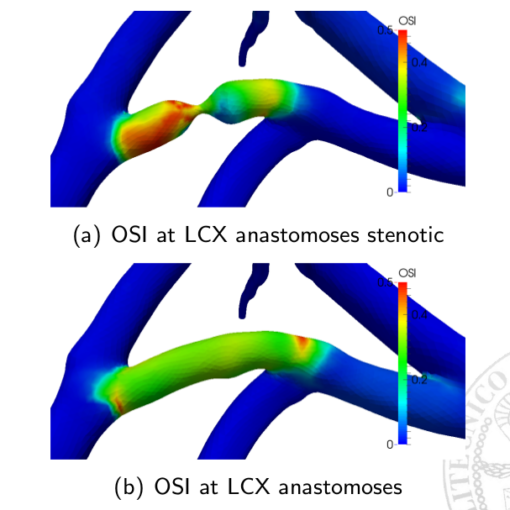 It is well known that Coronary Artery Bypass Graft (CABG) failure in the long term is mainly due to restenosis, which can be related […] 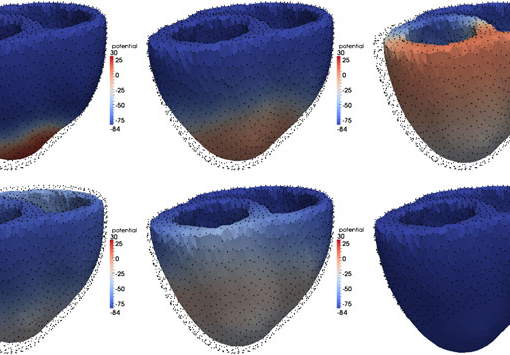 Electromechanical coupling Modeling the heart contraction leads to the solution of a coupled problem between the electrical model, which describes the propagation of the electrical signal that […] 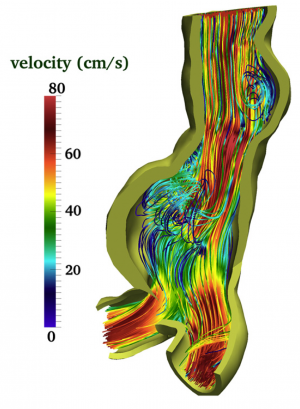