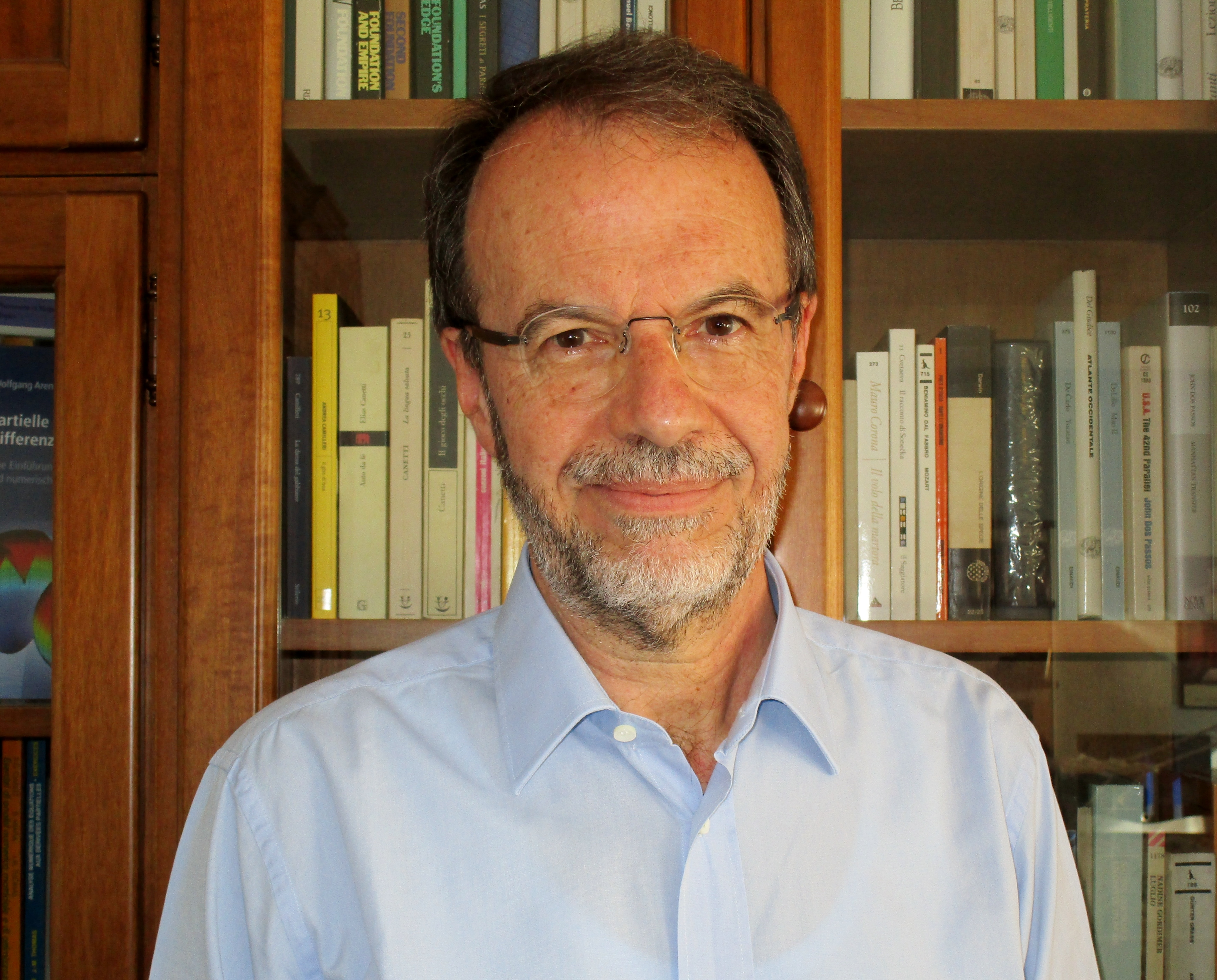 Advanced Numerical Methods for Scientific Computing
Speaker:
Claudio Canuto
Affiliation:
Dipartimento di Scienze Matematiche "Giuseppe Luigi Lagrange", Politecnico di Torino
When:
Thursday 17th November 2022
Time:
14:30:00
Where:
Aula Consiglio VII piano - Dipartimento di Matematica
Link to recording:
http://youtu.be/kInt8Pj4eQI
Abstract:
Variational Physics-Informed Neural Networks (VPINN) are an instance of application of deep learning to the solution of boundary-value problems. In VPINN, the network is trained by minimizing a functional of the weak residual of the problem. We look at VPINN from a Petrov-Galerkin perspective, where the spaces of test functions are built by finite elements. We discuss several ways to enforce essential boundary conditions, and we introduce a variant of VPINN, named IVPINN, which incorporates a piecewise polynomial interpolation of the neural network. This guarantees the numerical stability of the resulting discretization, provided an inf-sup condition between polynomial spaces is fulfilled. The effect of the choice of numerical quadratures is also taken into account. As a consequence, we derive a priori and a posteriori error estimates in the energy norm. Numerical experiments highlight the performances of the method, which depend on the choice of the trial/test function spaces and the architecture of the network. The presentation is based on joint papers with Stefano Berrone, Moreno Pintore, and N. Sukumar. Contatto: alfio.quarteroni@polimi.it
Note:
Claudio Canuto was researcher at the CNR Istitute of Numerical Analysis in Pavia until 1986, when he became full professor of Numerical Analysis; he is at Politecnico di Torino since 1989. His scientific work is addressed to the methodological study of discretization methods for partial differential problems, with a particular emphasis on high-order methods, multi-level methods, adaptive methods, and applications to Fluid Dynamics. The early part of his scientific production concerns the study of spectral methods, for which he co-authored three books and was co-founder with A. Quarteroni of the ICOSAHOM Conference, now at its 14th edition. Subsequently, his research interests have focused on the following topics: wavelet methods, coupling of models, uncertainty quantification, Eulerian models of dynamics on networks, numerical simulation in industry and society, virtual element methods, and physics informed neural networks. He served for several terms as associate editor of SINUM, J. Scientific Computing, M3AS, CMAME, M2AN. He was the Head of the Department of Mathematics at Politecnico di Torino from 2003 to 2011; currently he is the President of the Scientific Board of the Italian National Institute for Advanced Mathematics (INdAM).
PDF: