For a complete CV see here 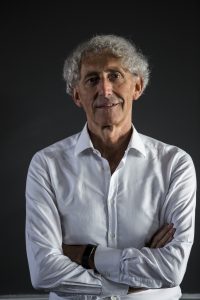 He is the author of 24 books (several of them with multiple editions and translated into several languages), editor of 12 books, author of more than 400 papers published in international Scientific Journals and Conference Proceedings, member of the editorial board of 25 International Journals and Editor in Chief of two book series published by Springer.

In 2022 he was ranked n.48 in the Top Scientist-Mathematics from research.com, n.1 in Italy.
AD Scientific Index reports n.1 in Italy, n.5 in Europe and n.35 worldwide.

Among his awards and honors are: the NASA Group Achievement Award for the pioneering work in Computational Fluid Dynamics in 1992, the Fanfullino della Riconoscenza 2006, Città di Lodi, the Premio Capo D’Orlando 2006, the Ghislieri prize 2013, the International Galileo Galilei prize for Sciences 2015, the Euler Lecture 2017, the Euler Medal 2021-22 from ECCOMAS, and the Lagrange Prize 2020-23 from ICIAM.
He is the Recipient of two ERC advanced grants: “MATHCARD” in 2008 and “iHEART” in 2017, and of two ERC PoC (Proof of Concept) grants: “Math2Ward” in 2012 and “Math4AAARisk” in 2015; recipient of the Galileian Chair from the Scuola Normale Superiore, Pisa, Italy, 2001; doctor Honoris Causa in Naval Engineering from University of Trieste, Italy, 2003; SIAM Fellow (first row) since 2009; IACM (International Association of Computational Mechanics) Fellow since 2004. He is member of the Italian Academy of Science (Accademia Nazionale dei Lincei), the European Academy of Science, the Academia Europaea, the Lisbon Academy of Sciences, and the Istituto Lombardo di Scienze e Lettere, Honorary member of ECMI and EAMBES Fellow.
He has been a member of the IMU Fields Medal Committee for ICM (the International Congress of Mathematicians) 2022.
He was an invited speaker at ICM 2002 in Beijing and a plenary speaker at ICM 2006 in Madrid.

His research interests concern Mathematical Modelling, Numerical Analysis, Scientific Computing, and Application to: fluid mechanics, structural analysis, geophysics, biomechanics, medicine, and the improvement of sports performance. His Group has carried out the mathematical optimization of the early Solar Impulse (the solar energy propelled airplane), and the simulation for the optimization of performances of the Alinghi yacht, the winner of two editions (2003 and 2007) of the America’s Cup.

Among more than 500 invited lectures given, we mention the following named lectures: