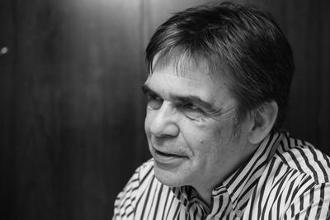 Advanced Numerical Methods for Scientific Computing
Speaker:
Endre Süli
Affiliation:
Mathematical Institute, University of Oxford, UK
When:
Thursday 16th September 2021
Time:
14:00:00
Link to recording:
http://youtu.be/-9yMHhhHQfk
Abstract:
The talk is concerned with the convergence analysis of finite element methods for the approximate solution of a system of nonlinear elliptic partial differential equations that arise in models of chemically reacting viscous incompressible biological fluids. The shear-stress appearing in the model involves a power-law type nonlinearity, where, instead of being a fixed constant, the power law-exponent is a function of a spatially varying nonnegative concentration function, which, in turn, solves a nonlinear convection-diffusion equation. In order to prove the convergence of the sequence of finite element approximations to a solution of this coupled system of nonlinear PDEs, a uniform Hölder norm bound needs to be derived for the sequence of finite element approximations to the concentration in a setting, where the diffusion coefficient in the convection-diffusion equation satisfied by the concentration is merely an $L^\infty$ function. This necessitates the development of a finite element counterpart of the De Giorgi--Nash--Moser theory. Motivated by an early paper by Aguilera and Caffarelli (1986) in the simpler setting of Laplace's equation, we derive such uniform Hölder norm bounds on the sequence of continuous piecewise linear finite element approximations to the concentration. We then use results from the theory of variable-exponent Sobolev spaces equipped with a Luxembourg norm, Minty's method for monotone operators and an extension to variable-exponent Sobolev spaces of the finite element version of the Acerbi--Fusco Lipschitz-truncation method, originally developed in classical Sobolev spaces in collaboration with Lars Diening and Christian Kreuzer (SIAM J. Numer. Anal. 51(2): 984--1015 (2014)), to pass to the limit in the coupled system of nonlinear PDEs under consideration. The talk is based on joint work with Seungchan Ko and Petra Pustejovska, and recent results obtained in collaboration with Lars Diening and Toni Scharle.
Note:
Endre Süli is Professor of Numerical Analysis in the Mathematical Institute at the University of Oxford. He is a Foreign Member of the Serbian Academy of Sciences and Arts (2009), Fellow of the European Academy of Sciences (2010), SIAM Fellow (2016), Member of the Academia Europaea (2020), and a Fellow of the Royal Society (2021). He received his doctorate at the University of Belgrade in March 1985 and has held a faculty position at the University of Oxford since October 1985. His research is concerned with the numerical analysis of nonlinear partial differential equation in continuum mechanics.
PDF: