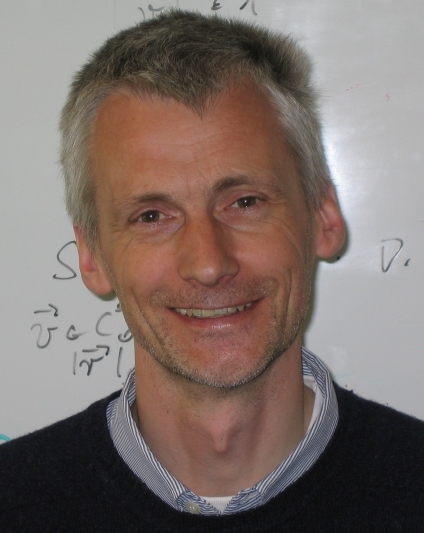 Speaker:
Otmar Scherzer
Affiliation:
University of Vienna and Radon Institute of Computational and Applied Mathematics (Linz), Austria
When:
Thursday 8th February 2018
Time:
14:00:00
Where:
Aula Consiglio VII Piano - Edificio 14, Dipartimento di Matematica POLITECNICO DI MILANO
Abstract:
In this talk we review recent results on regularization theory of variational regularization methods, such as Tikhonov regularization, which consists in finding the optimizer of a least functional which is perturbed by a convex functional. In particular we are reviewing new convergence rates results for solving Inverse Problemsin Hilbert Spaces. Particular emphasize will be given to analyze and interpret the abstract results for photoacoustic imaging and inversion of the spherical mean operator. Contact: elena.beretta@polimi.it
Note:
Otmar Scherzer received his PhD and Habilitation from the University of Linz (Austria) in 1990, 1995, respectively. He was a postdoc researcher at Texas A&M University and the University of Delaware. He held professorships at the Ludwig Maximilian University Munich, University of Bayreuth, University of Innsbruck before he became professor at the University of Vienna, where he is now the head of the Computational Science Center. In addition he is research group leader of the ``Imaging and Inverse Problems Group’’ of the Radon Institute of Computational and Applied Mathematics (RICAM) in Linz, which is an institute of the Austrian Academy of Sciences. Otmar Scherzer is an expert in regularization theory and mathematical imaging. He has about 200 publications in leading journals in these fields and is editor of about 10 journals and book series, including SIAM J. imaging Sciences. Moreover, he published two monographs, and edited several books, including the Handbook of Mathematical Imaging in three volumes. In 1991 he received the Theodor Körner Prize, the Prize of the Austrian Mathematical Society, the science prize of Tyrol, and in 1999 the START-prize of the Austrian Science Foundation, which is the highest award for young Austrian scientists in Austria. From 2010 to 2017 he has been Vice-president of the Inverse Problems International Association IPIA.
PDF: