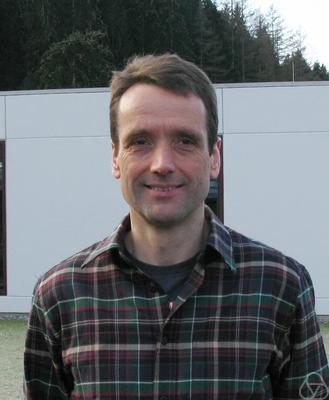 Advanced Numerical Methods for Scientific Computing
Speaker:
Rupert Klein
Affiliation:
FU Berlin & ECMWF Fellow
When:
Thursday 3rd October 2019
Time:
14:00:00
Where:
Aula Consiglio VII Piano - Edificio 14, Dipartimento di Matematica POLITECNICO DI MILANO
Abstract:
Mathematics in climate research is often thought to be mainly a provider of techniques for solving the continuum mechanical equations for the flows of the atmosphere and oceans, for the motion and evolution of Earth's ice masses, and the like. Three examples will elucidate that there is a much wider range of opportunities. Climate modellers often employ reduced forms of the continuum mechanical equations to efficiently address their research questions of interest. The first example discusses how mathematical analysis can provide systematic guidelines for the regime of applicability of such reduced model equations. Meteorologists define 'climate', in a narrow sense, as the statistical description in terms of the mean and variability of relevant quantities over a period of time (World Meteorological Society, http://www.wmo.int; see the website for a broader sense definition). Now, climate researchers are most interested in changes of the climate over time, and yet there is no unique, well-defined notion of time dependent statistics. In fact, there are restrictive conditions which data from time series need to satisfy for classical statistical methods to be applicable. The second example describes recent developments of analysis techniques for time series with non-trivial temporal trends. Modern climate research has joined forces with economy and the social sciences to generate a scientific basis for informed political decisions in the face of global climate change. One major type of problems hampering progress of the related interdisciplinary research consists of often subtle language barriers. The third example describes how mathematical formalization of the notion of 'vulnerability' has helped structuring related interdisciplinary research efforts. Contact: luca.bonaventura@polimi.it This seminar is organized within the H2020-FETHPC-2016-2017 Research project ESCAPE-2 (Energy-efficient SCalable Algorithms for weather and climate Prediction at Exascale), that has received funding from the European Union’s Horizon 2020 research and innovation programme under grant agreement No 800897.
Note:
Rupert Klein is Full Professor of Computational Fluid Mechanics at the Freie Universität Berlin and recipient of the 2003 Leibniz Prize. He received his degree and his PhD in Mechanical Engineering from the RWTH Aachen. He has been post-doctoral fellow at Princeton University with Andrew Majda and he is Full Professor at the FU Berlin since 1997. He has been Director of the Data and Computation Department of the Potsdam-Institut für Klimafolgenforschung. He has been guest scientist at ECMWF, Courant Institute of Mathematical Sciences of New York University, CNRS Marseille, Johns Hopkins University and at the ENS in Paris. His main research area are asymptotic analysis of multiscale flows, with special focus on climate modelling, and numerical methods for environmental flows.
PDF: