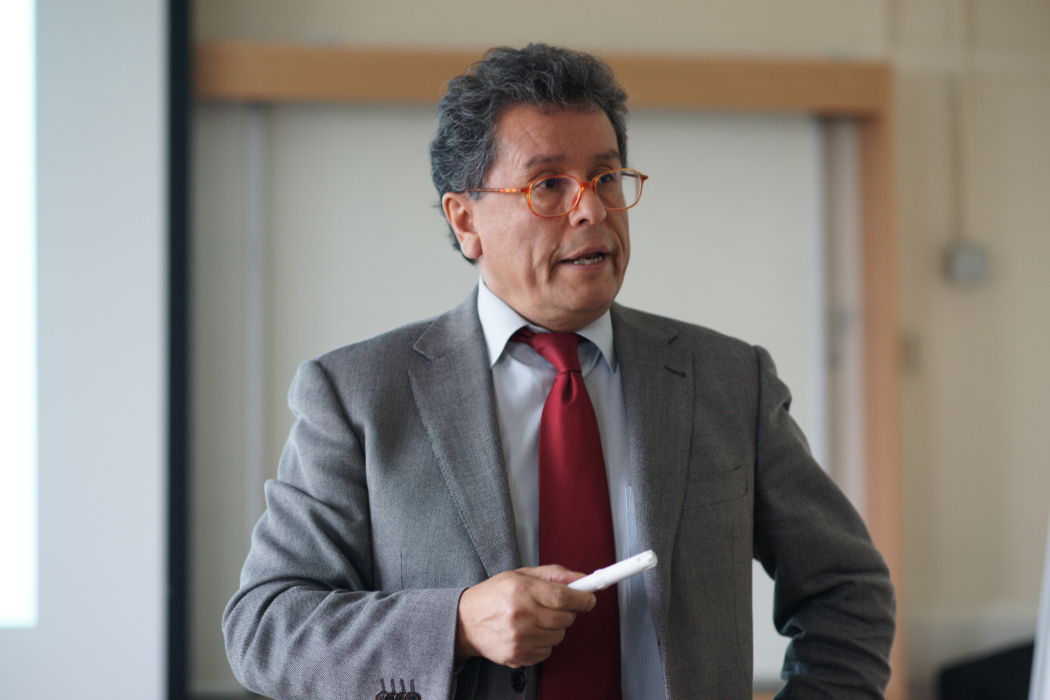 Speaker:
Eleuterio Toro
Affiliation:
Laboratory of Applied Mathematics, DICAM, University of Trento, Italy
When:
Thursday 18th May 2017
Time:
14:00:00
Where:
Aula Consiglio, VII piano - Dipartimento di Matematica, Politecnico di Milano - Edificio 14
Abstract:
There is increasing evidence of the involvement of the dynamics of fluid compartments of the central nervous system (CNS) in the pathophysiology of neurodegenerative diseases. Supportive recent advances in human physiology include the discovery of a meningeal lymphatic system. A feasible multidisciplinary holistic approach to understand the basic mechanisms at work is offered by mathematical modelling. In this talk I first give a brief review of some neurological diseases thought to be associated to malfunctions of CNS fluid compartments, such as Multiple Sclerosis, Menieres Disease, Idiopathic Parkinsons Disease, Alzheimers Disease and Idiopathic Intracranial Hypertension. I then describe a global, closed loop mathematical model for the entire human circulation coupled to the dynamics of cerebrospinal fluid (CSF) and brain dynamics. Sample computations on the effect of extracranial venous strictures on CNS haemodynamics and CSF dynamics are presented. Intracranial venous hypertension and disturbed CSF dynamics are predicted. These computational results support recent medical hypotheses and may help to unravel some of the underlying mechanisms of some of these diseases, paving the way to treatment strategies. I then point out some of the limitations of our present mathematical model and describe current work aimed at enhancing it, to include the peripheral as well as the newly discovered brain lymphatic system. Some unresolved mathematical and numerical challenges are briefly described.
Note:
The research of prof Toro has for many years focused on the construction of computational methods for solving partial differential equations, with particular emphasis on hyperbolic balance laws. Currently it is focused on the study of neurodegenerative diseases. He is authors of several books on numerical methods for hyperbolic problems and received several honours, such as the "Officer of the Most Excellent Order of the British Empire" from the Queen
PDF: